This book written by a recovered PTSD veteran, convincingly argues that Transcendental Meditation should be offered to all veterans as an option.

It has been said that the only warriors who do not suffer after being in combat are those who were killed.
It has been estimated that 35-40% of those who have served since 2003 are victims of Post-Traumatic Stress Disorder. Since the average age of the current military is 21, these veterans will require care for 50 or 60 years which could mean a cost that could reach 717 Billion Dollars just to service the estimated 2.1 million veterans of Iraq and Afghanistan. This does not take into account additional costs to the Government for benefits to the families of the wounded and mentally ill veterans. Every veteran, either wounded or mentally ill affects everyone in his household adversely. The entire family suffers and has needs. This book written by a recovered PTSD veteran, convincingly argues that Transcendental Meditation should be offered to all veterans as an option. The cost per veteran for a lifetime of health is just one-fourth of the annual projected cost to the VA for one year of treatment. It poses the question: why aren’t we pursuing this 5000 year old modality to help our young veterans and their families recover from the profound affect Iraq and Afghanistan has had on our military? 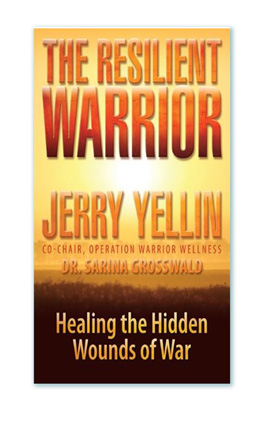 You're viewing: The Resilient Warrior $14.95
Add to cart